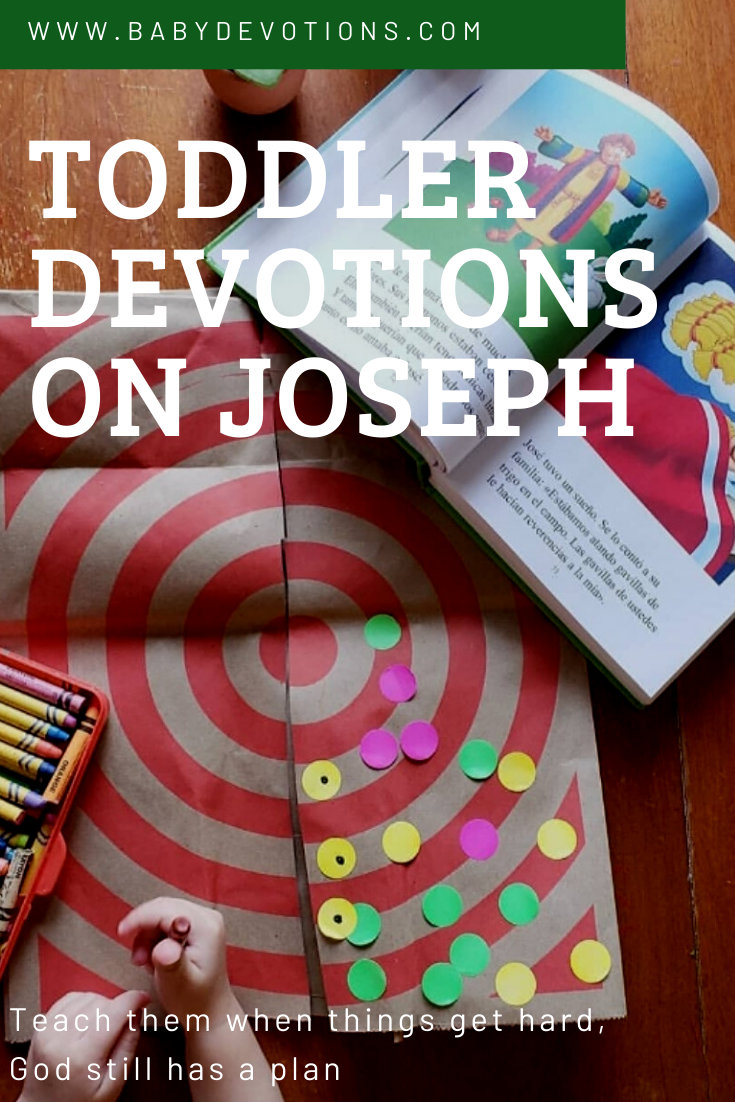 We’re kicking off the new year by exploring the story of Joseph. This is our first week as we journey through the story of the Israelites going to Egypt, being delivered from slavery, and arriving in the promised land.

This week we learned about a teenage boy that had several terrible things happen to him, but the Lord used his life for good, to save nations.

During the course of the week we read the verse:

“You intended to harm me, but God intended it for good to accomplish what is now being done, the saving of many lives.”

This verse captures a big theme of the story. God’s plans are bigger than our plans. Sometimes we don’t know why bad things happen to us, but we can trust that God is working.

Each portion of the story tends to have this wave of favoritism for Joseph, which is quickly returned with a wave of misfortune. He is favored by his father, and sold into slavery. He is favored by his master, and thrown into jail. However, God was working, and eventually brought Joseph into a place of power to save many from a famine. Through each portion that ended on a sad note, we talked about where God was in the story, and reminded that we would see what God was doing. 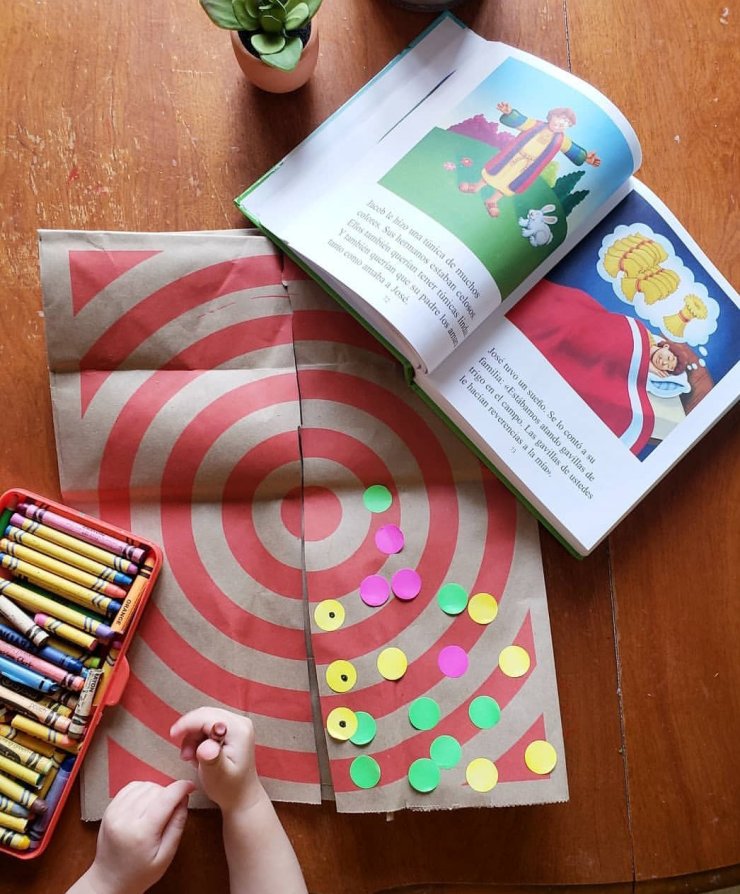 Joseph was favored by God, who gave him the ability to interpret dreams. He also found favor with his Earthly father. When he was just a teenager, he father gave him a colorful coat to show how much he loved him. For this story, we borrowed an idea from “Play Through the Bible” by Liz Millay. Using a paper grocery bag, crayons, and stickers, we fashioned our own colorful coat.

Edit: we have revisited this story a couple times now, and we revised this activity by having the girls decorate a shirt on paper! So much fun, and easy to stick in a busy bag. 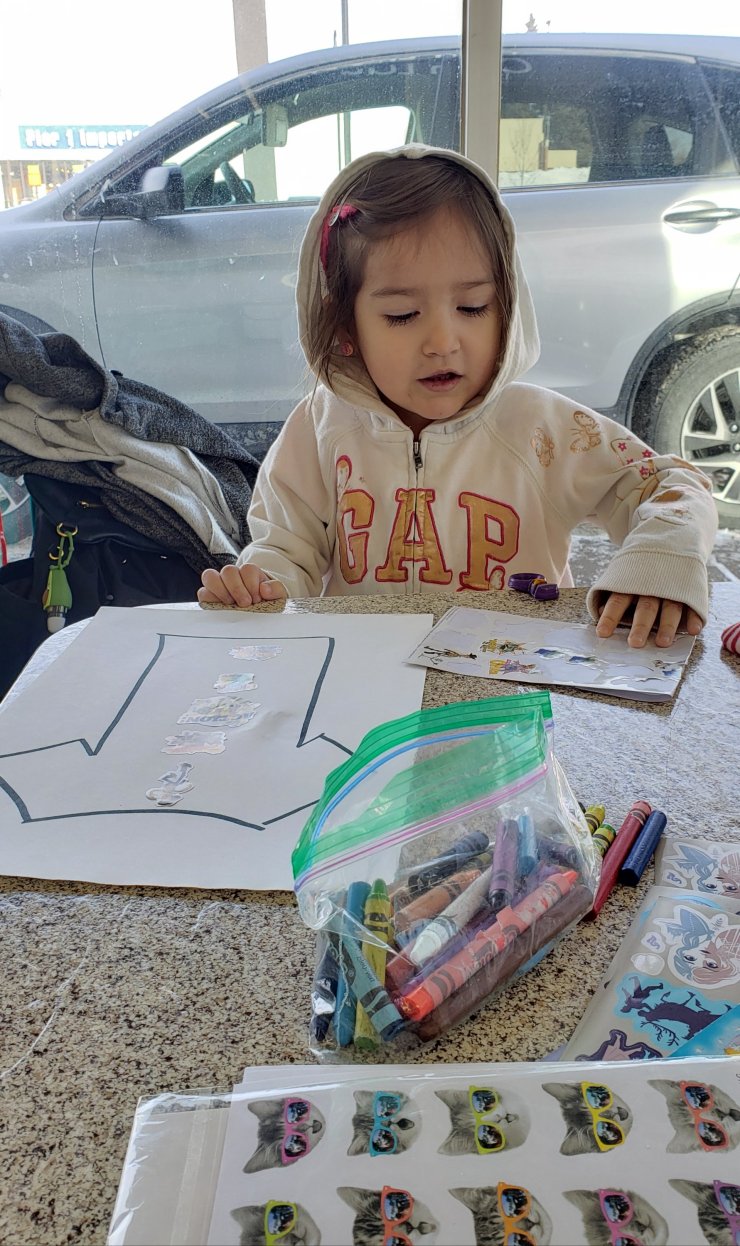 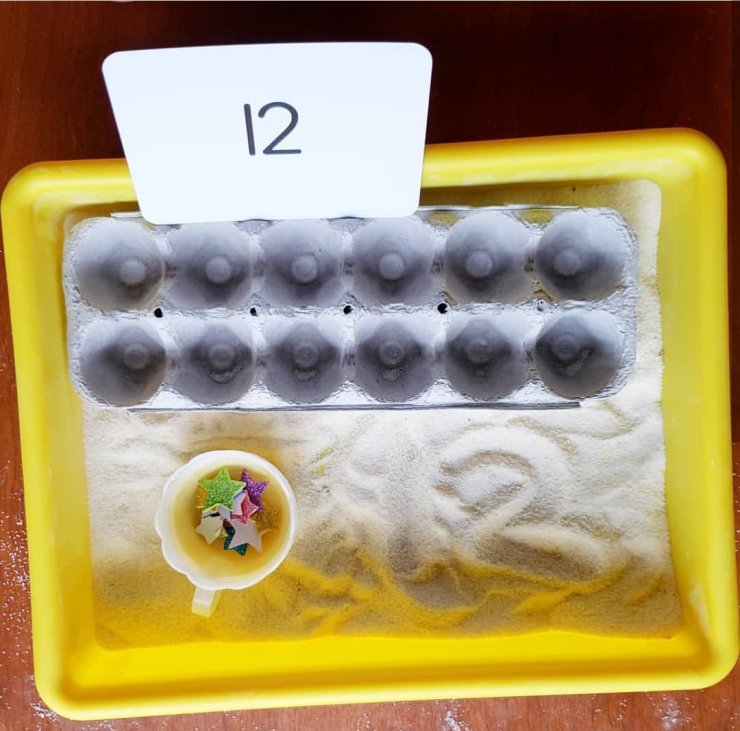 Joseph was gifted with the ability to interpret dreams. He also had a few dreams that made his brothers quite angry. One of them was that his brothers were stars that bowed down to him. There were 12 brothers in total, so we took the opportunity to learn about the number 12. We used an egg carton to help us count 12 stars. Then we practiced writing the number 12 in cornmeal.

Edit: The next time we played through this story, we took this activity to go by tracing 12 on paper and using dot stickers. 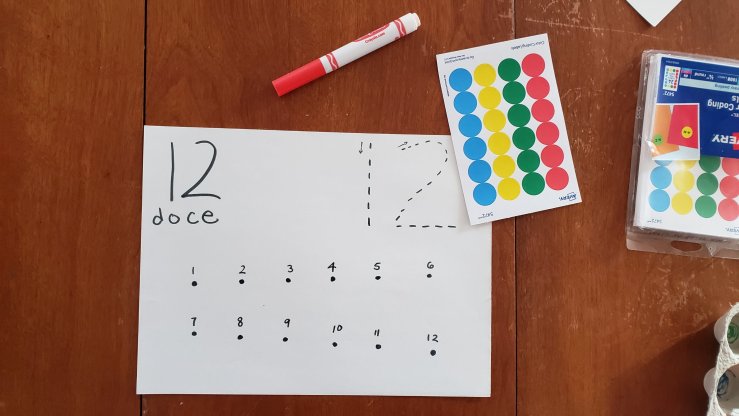 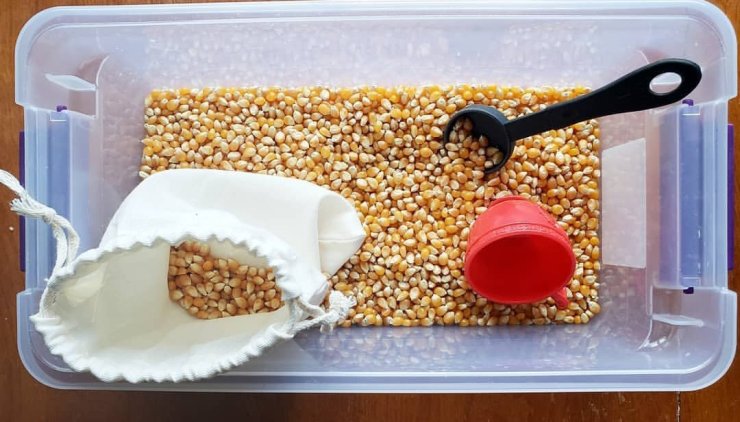 Joseph ended up being sold into slavery in Egypt. After several twists and turns, Joseph ended up being put into a place of power during a famine. His brothers ended up coming to him to buy food. However, the didn’t recognize him. This gave him the upper hand to test his brothers before he revealed himself to them. We read the story of how this all went down in Genesis 40-47 (we used the abridged version in our Storybook Bible to help keep the littles engaged). Then we played with this grain bin.

We used popcorn as a base, but any grain would work. Oatmeal, rice, or old cereal are all good options. Then we added a scoop, a canvas bag, and a cup (like the one Joseph hid in Benjamin’s bag). 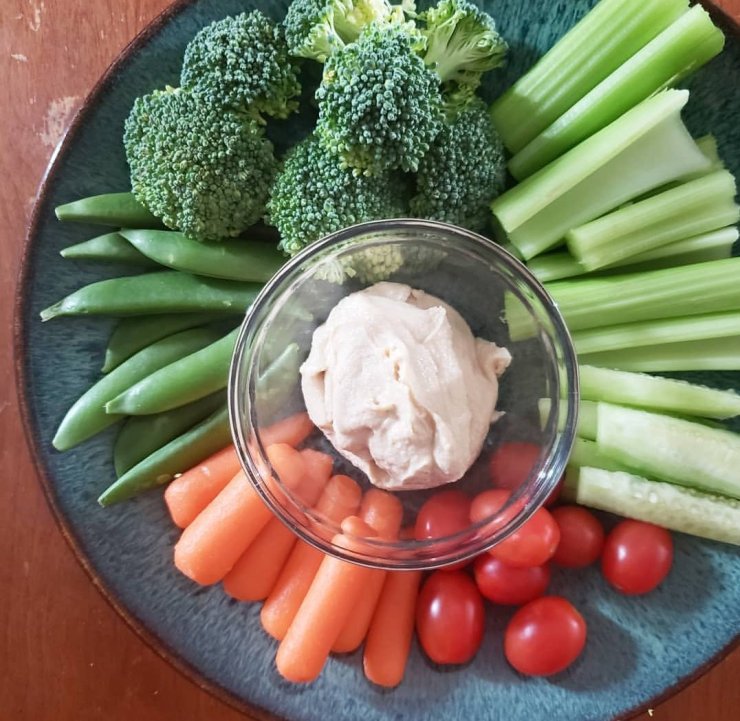 Finally, we ended the week with a little screen time, watching Veggie Tales The Ballad of Little Joe (Available in Spanish on YouTube).

I love Veggie Tales, because they recap and contextualize stories in a way little ones can understand.

God Is At Work

God is working. That is the biggest theme from Joseph. Sometimes we get so focused on our here and now, but a God is playing a long game. We can have hope and trust even on our worst days that God is in control.

What ways have you explored the story of Joseph with your little ones? Comment Below.

1 thought on “A Toddler Devotion on Joseph”