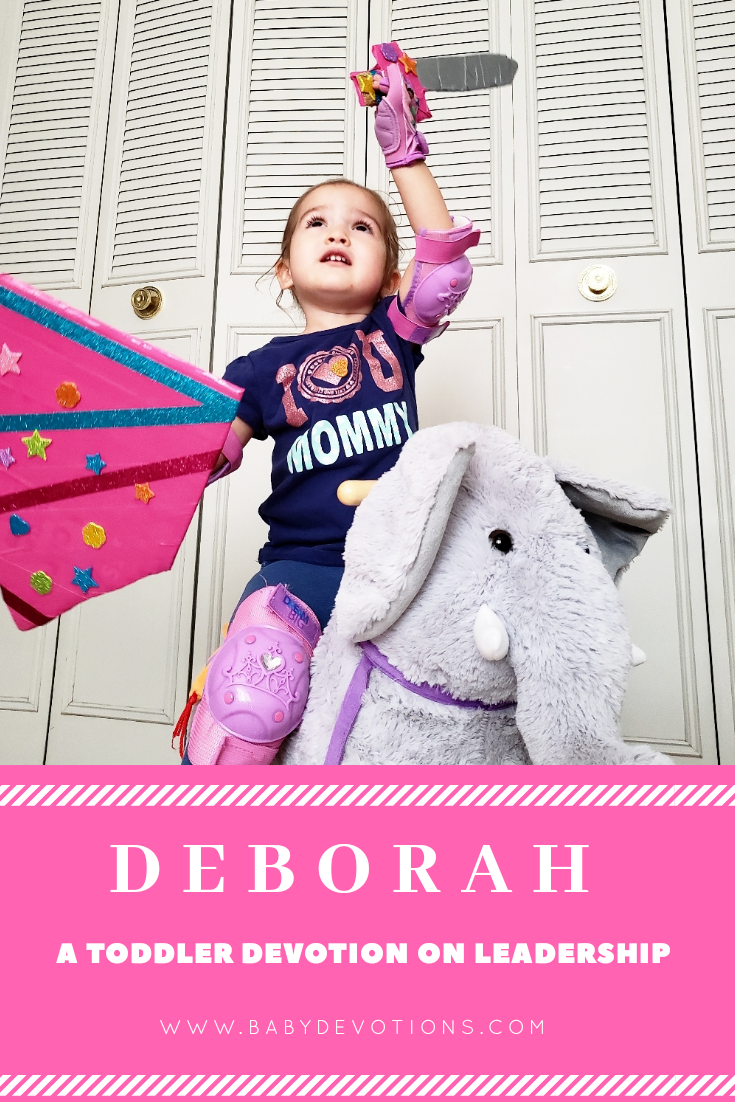 Deborah is kind of the Warrior princess of the Bible. She was a great prophet the Lord used to lead her people into a battle that she won. Here is how we played through this story.

The Story of Deborah

We listened to Dan and Louie retell the story of Deborah. We listened while we did our activity as well as at bedtime, just to make sure Vale actually heard and listened. I chose this media format, because it mentions Jael. Jael won the war for the Israelites by driving a tent peg into the enemy kings skull. Not super toddler-friendly, right? Don’t worry, Dan and Louie don’t go into the details. They simply mention that she won the war, but since she played such an important role I think it’s important she’s mentioned. 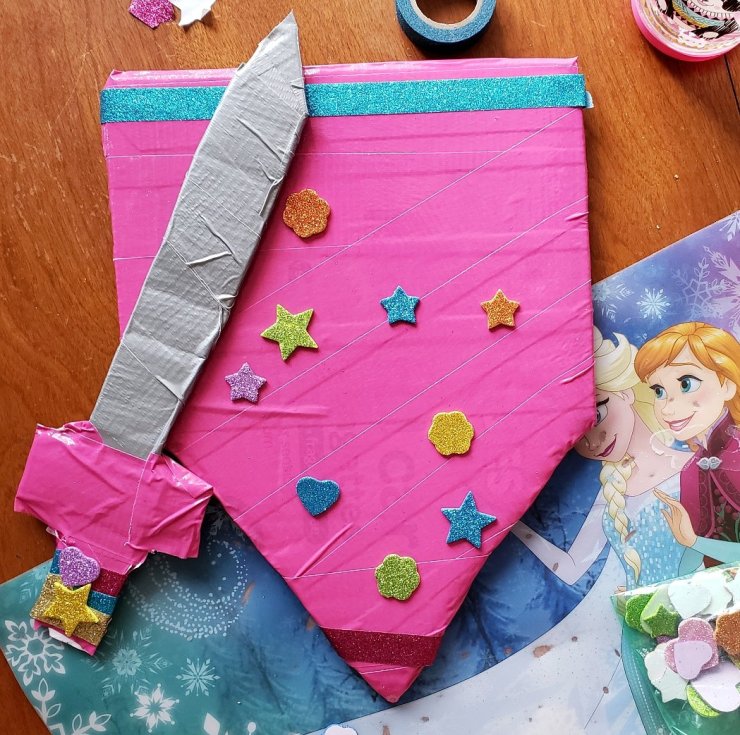 Deborah was a warrior, so we made our own warrior gear. I made a sword and shield out of cardboard and duct tape (super simple, just cut out the shape and cover it with duct tape). I then let baby girl decorate with stickers and washi tape. Peeling the stickers off the paper backing is great fine-motor skill practice. 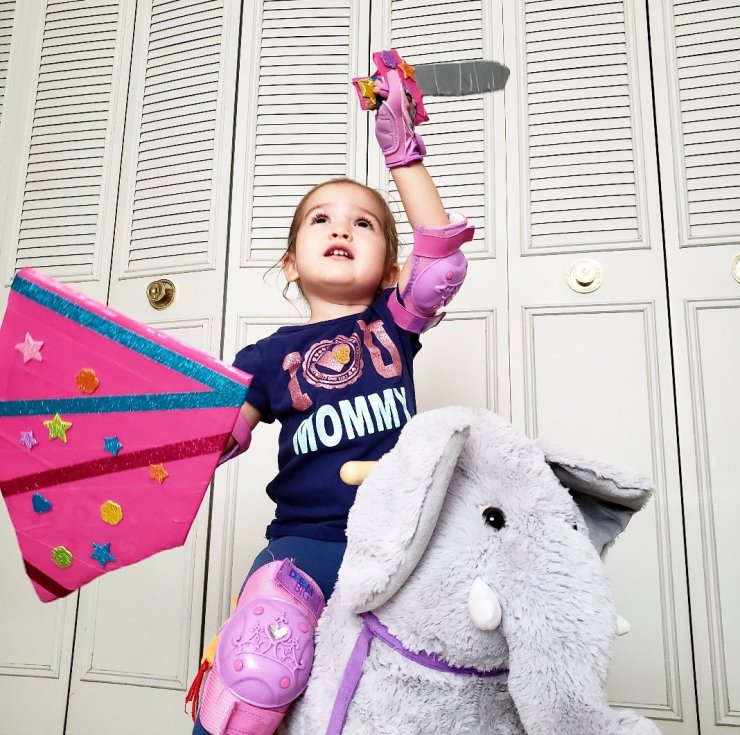 Finally, we compared Deborah to Elena of Avalor and Nella: The Princess Knight. These are 2 of our favorite princesses, and they help make the story relateable to my 2 year-old. These princesses are similar to Deborah, because they are women who lead their countries, fight to protect their people, and do what’s right. We love these princesses, because they are strong female leaders, they have Spanish Audio, and these shows pass the Bechtel test.

How has your family played with the story of Deborah? What resources have you used to discuss this story? Comment Below!