At church a couple of weeks ago, our pastor preached about the Parable of the Sower (Matthew 13:3-9). He talked about how our job is to sow seeds to those around us, and at the end of the service they past out seeds as a visual reminder to sow seeds. Let’s just say, I felt inspired. As a stay at home mom, the main people I interact with are my little people. And every day lends opportunity to sow seeds in their life. Every time we read a story together, every time they ask for my attention, and even every tantrum is a chance to sow seeds into their lives. We’re our children’s first teachers, and we have the opportunity to sow the seeds of God’s word into their lives. That’s why I started doing baby devos, to help engage them and spread some of those seeds. So then I just ran with that thought and started brainstorming a baby devotion on the sower. Here’s what we did:

The Story: The Parable of the Sower

We don’t actually have this story on our baby Bible, but after seeing how much baby girl enjoyed the resurrection eggs from last week, I decided to stretch myself and tell the story visually. I made a “Sower” Sensory Box. The materials used were:

I tried to just tell the story, but clearly this box was too exciting. So instead, we sang the story as we played, singing a song I learned from the Donut Man. The whole song tells the whole story, but the chorus tells a good summary. As we sang we pointed to each item and acted out the story. Here’s a link to the song on YouTube: Donut Man “Barnyard Fun.” This is actually the full episode, but the song starts at 19:00.

We were just all about the sensory boxes this week and I made a “seed” sensory box to work on baby girl’s scooping and transferring skills. We just put a glass jar in a tin tray with various scooping tools, and of course the popcorn kernel “seeds.” I used popcorn kernels, because that’s what we used for seeds in our story sensory bin, and I wanted to keep in consistent. However, really beans, or rice, or any other sensory material would work.

I was really surprised at how well baby girl scooped, because she has really struggled in this area. If your kiddo hasn’t mastered scooping and pouring, don’t fret, just let them play. It’s still good sensory. Encourage them to transfer the seeds one at a time to the jar or scoops. It works that pincher grasp, which is a pre-writing skill (Totally learned that at the Southdale Library Baby Story time this week).

For younger babies, or if you’re worried your child might stick the corn kernels in their mouth or nose, you could try a sensory bottle like this one featured at Something 2 Offer. Fill a plastic bottle (I like Voss water bottles) with corn kernels and other elements from the story (i.e. a rock, plastic toy bird, fabric or foam leaf for a weed, etc). Your child can simply play and shake the bottle (good sensory) or you can play i-spy and find the objects hidden in the corn kernels.

With it being planting season and Target having those cute little plant-growing kits in the dollar section, we literally planted seeds. Mind you, I have killed 2 aloe vera plants this year (desert plants. I killed plants made to survive in the desert). So i don’t know how well these will do, but we had fun and played in dirt.

Dirt cups were one of my favorite childhood snacks, so I jumped at the chance to make these.

If you need a good chocolate pudding recipe, I love this one from Binkies and Briefcases. We make it with ovaltine, and since it’s a microwave version, babygirl can help scoop, pour, stir, and push the microwave buttons.

We made our dirt cups with the pudding I mentioned, crushed bunny grahams, and a strawberry. 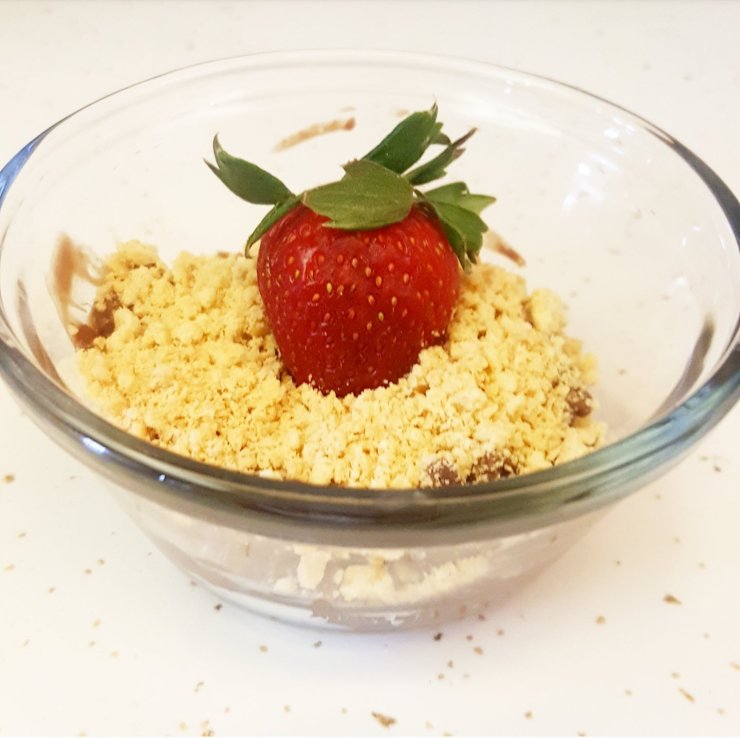 *Note, chocolate bunny grahams would have been preferable to make this look like dirt, but baby girl just doesn’t like the chocolate ones, so we settled for the chocolate chip ones.

We watched The Donut Man: Barnyard Fun, because it has the song “The Sower.” It also has a bunch of other songs based on scripture related to farming, so win. Also, my child is a city girl, so anything teaching her that her food doesn’t just grow in the grocery store is a double win.

I’m sure there are so many other activities that could be done with this lesson. If you had any ideas spring to life, I’d love to hear them. Comment below.

3 thoughts on “The Parable of the Sower: A Devotion for Toddlers”