*Disclaimer: This post contains affiliate links. I recieved a small commission for items purchased through these links. However, all opinions are my own, and I only recommend products I really love.

Let’s talk about Samson. This guy. The strong man of the Bible. He was called before he was born. Set-apart. And he was dumb.

Ok. Yes, I know that feels a little harsh, but as I read through this story in Judges 13:16, I keep on saying “C’mon man, what are you doing?”

He’s not supposed to touch dead things, but he not only touches a dead lion, but eats some honey out of it. Who does that? (Judges 14:8-9).

Then, he falls in love with one of his enemies. That doesn’t necessarily have to end bad. However, when he keeps lying to his girlfriend about the source of his strength, and then just happens to end up in situations that “could make him lose his strength…” well, you would think he’d break it off with that girl. (Judges 16:1-22). What I see in the story of Samson, is that God can use imperfect people. He can use people that screw up a lot, when they return to him and seek his face.

We’ve been working on scissor skills over here, and this is such a great story to do this. I whipped up a little Samson man with a cardboard tube and some yarn. Then let Vale go for it, giving Samson a haircut. 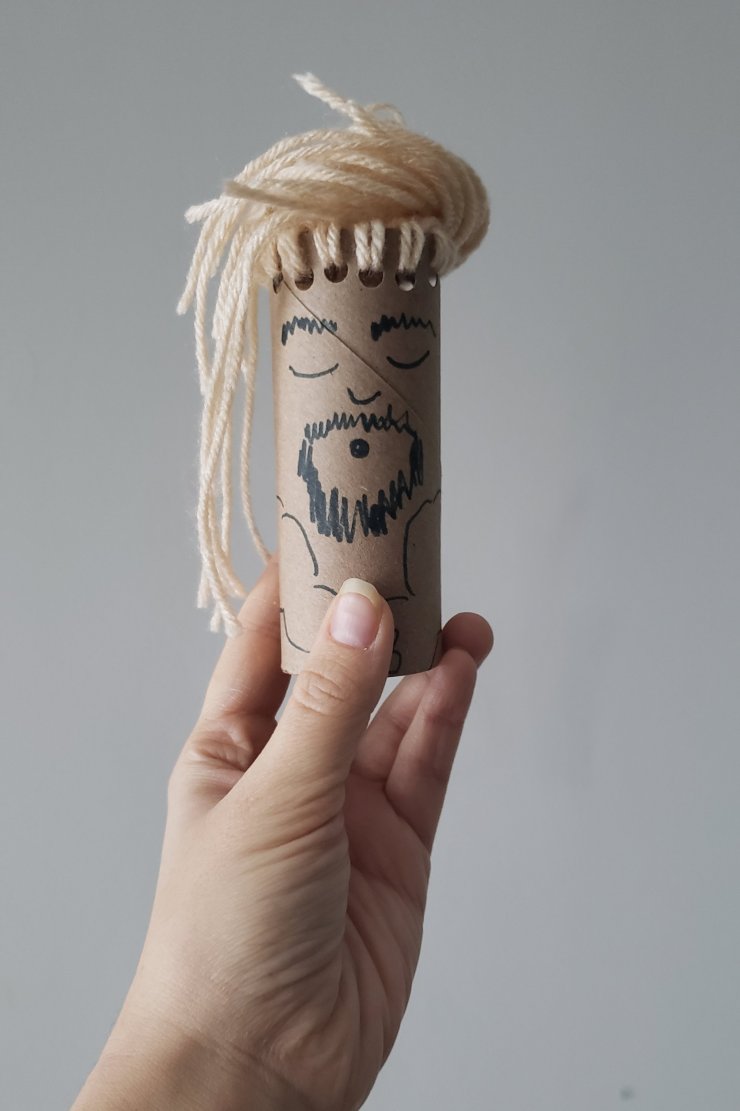 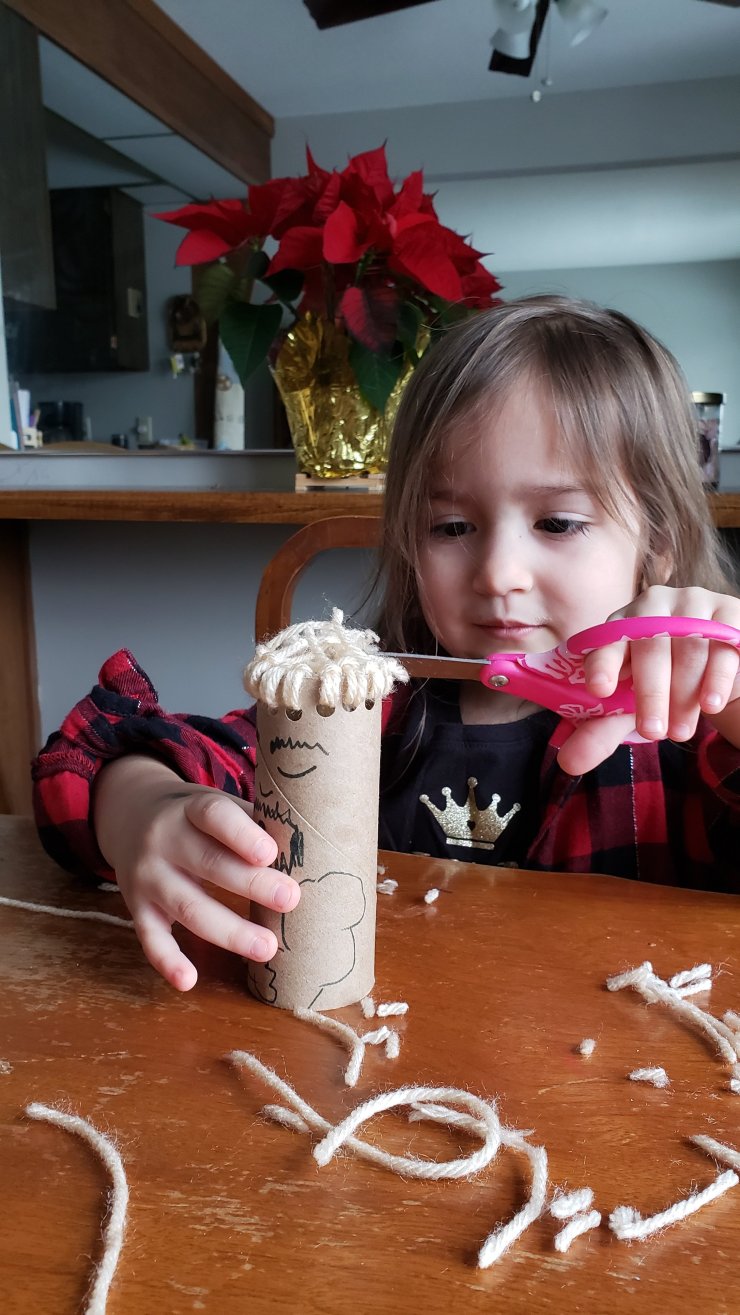 This was the only activity we did with this story. It’s ok to have a simple week. However, if this one wouldn’t work for you, I’ve rounded up a few of my other favorites from the web: 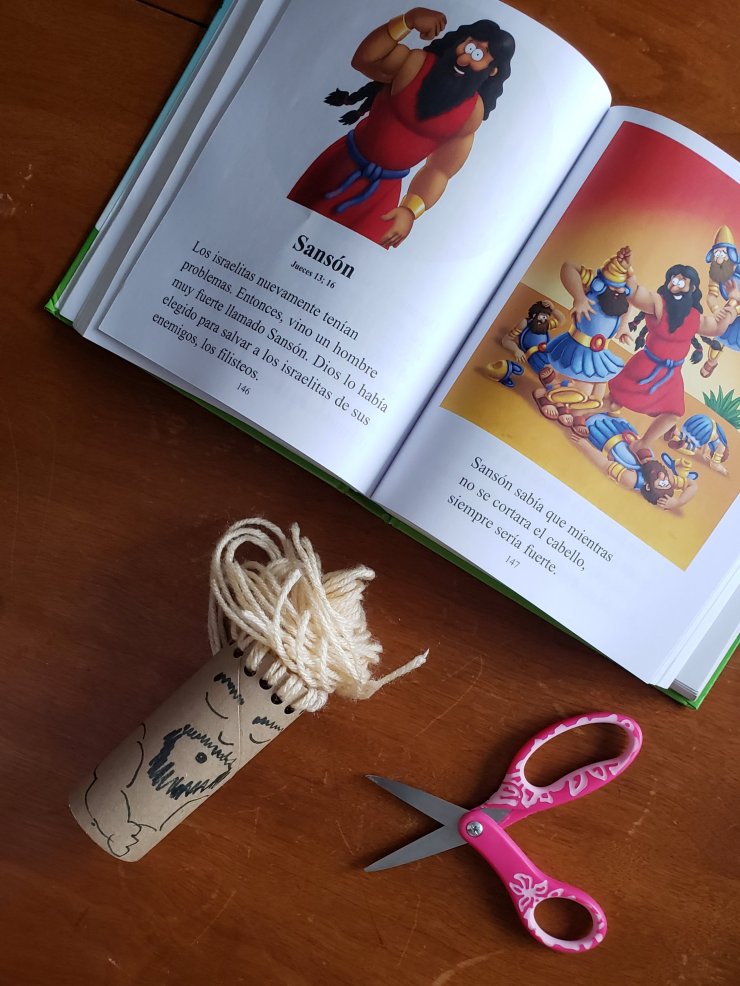 We used our Beginner’s Bible to read this story and then watched the Pequeños Heroes Sanson Video on YouTube. But Here are a few other favorite resources:

Sanson by Biper y Sus Amigos (This video is in Spanish)

Samson and Delilah by Saddleback Kids

What are your favorite scissor skills activities? What ways have you learned about Samson with littles? Comment below!